One of my lifetime goals was to see my lyrics included on an album. And I’m glad to say that it’s not happened a few times. I’ve set up this page to showcase some of those albums. 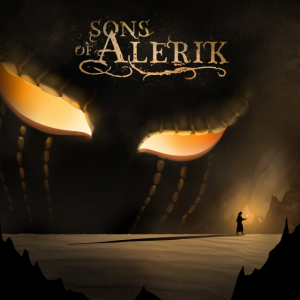 Sons of Alerik are a rock band, featuring musicians based in the US, Japan, and Spain. The band name was inspired by the Deep Purple song ‘Son of Alerik’. Their debut album really rocks and the production quality is top notch. Please check the whole album out. If you like it, then you can buy the album, or individual songs, from Spotify, Apple Music, etc.

My contribution – lyrics for a song called ‘Apologies’

I wrote the lyrics to Apologies and am thrilled that it’s been included on the Sons of Alerik album. The song was written while the dreadful Australian bush fires were raging. The song is about all the awful things that we humans have inflicted upon ourselves and upon the environment, and how just offering apologies isn’t enough.

Here’s a taster for the lyrics:

There were 70 million deaths in the Second World War

The scale of this destruction still pulls on our heartstrings

How dreadful we should ever allow such monstrous things

There were one billion animals killed in Australia’s fires

And the estimated figures just kept on rising higher,

This is just the start of this, who knows what tomorrow brings

I offer my apologies

If we’re not the cure

We need to do much more 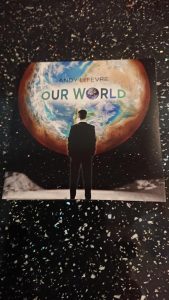 Andy LeFevre has been composing infectious melodic songs and instrumentals for over 16 years. His songs “Life In Red City” (from his CD “Raindance”) and “Lost Love” (a collaboration with poet ‘Didi’ E.M.Crook who wrote the lyrics, is on his “Reflections” CD) are both finalist song-of-the-year competition entries. He performs in Essex music clubs, festivals and local radio stations either solo or with various combinations of his musical friends. Check out his website.

I worked with Andy LeFevre on a Key Change collaboration challenge on the MuseSongWriters website. I provided the lyrics and Andy then did all the music and vocals. The song that we ended up with was called ‘The End Of The World’ and is the final track on Andy’s great album. I’ve included a snippet of the lyrics below:

Salt sea fresh from its ocean

Launches itself at me

There’s nobody here, at the end of the world

Steep bluffs no place for the living

But that’s just fine with me

There’s nobody here, at the end of the world

Back in the real world

You seek my confession

With a finger gun held up to my head.

Your eyes flash as you wield your aggression

Dissecting each word that I’ve said 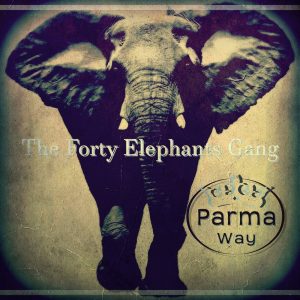 Parma Way are a collection of musicians and lyricists from all over the world, who share ideas and create wonderful sounding songs on Kompoz.com. Kompoz is a music collaboration website.

My contribution – lyrics for the ‘We Got Rain’ song

Track 5 on this 6 song EP is called ‘We Got Rain’ and features lyrics that I wrote in January 2020. Jen Carie has supplied the vocals, with the music created by Mike Cordray, Pablo Montenegro, Frederic Osuch, Fredric Schulz, and Alex Wilke.

Here’s a sample of the lyrics:

An empty space at the dinner table

Dishes piled in the sink

Last cigarette still in the ashtray

The news hasn’t sunk in yet

This was our last day

Weather man predicted sun but we got rain 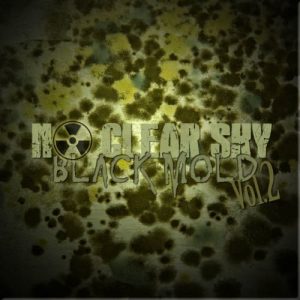 No Clear Sky are a band made up of a talented bunch of musicians and lyricists from around the world. Many of them are from the Kompoz music collaboration website. Those who contributed to this album were Tsvetomir Ivanov, Sergey Engel, Brian Henry, Frank Ruiz, Dave Moore, Bill (Sriracha), Luke Adrien, Tony Inosencio, Bert Smit, Mike Paterson, Momchil Grozev, Daniela Brando, Kim Noble, Xan Eden, James Tanner, Jayesh Raikar, Nigel Robinson, Ican Petkov (aka S!ckATrix), Sergei Shilov, and myself!

My contribution – lyrics for the ‘One by One’ song

Track 4 on the album is called One by One. It features Frank Ruiz on vocals, Sergey Engel on bass guitar, Brian Henry on drums, and Tsetomir Ivanov on guitar and production. And the lyrics are by me. It’s an anti war song. Here’s a snippet of the lyrics:

‘Faded jackets, medals pinned to them
Same time every year, we take them out again
Failing minds, don’t know what happened yesterday
But crystal clear on a place now so far away

Falling over, help me up again
Too many stayed down but that was back then
Failing minds, don’t know what happened yesterday
But crystal clear on a time now so far away’

Listen to and buy the album: https://noclearsky.bandcamp.com/album/black-mold-vol-2

The Wave Exchange album, by The Rock Station 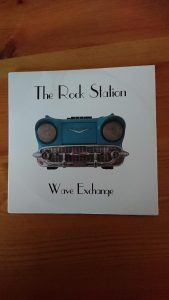 The Rock Station is a band comprised of musicians and lyric writers from around the world, who started collaborating on the Kompoz website.

My contribution – lyrics for a song called ‘Growler’

I provided the lyrics to one of the eleven songs on the album. That song is called ‘Growler’ and here is a sample of some of the lyrics:

And another one comes, a Growler,

This is not a dream

And if we miss a beat, we cower

Another one comes, a Growler!’

You can buy the album on the Amazon US or Amazon UK websites. 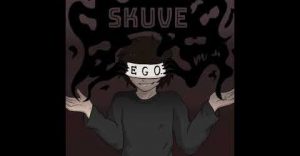 Skuve is a virtual band made up of musicians from around the world, who collaborate to create music that blends pop rock and country pop influences. Their album ‘Ego‘ was released in August 2018.

My contribution – lyrics for a song called ‘Sometimes I’

Sometimes I is the 8th song on the album, and is about how sometimes we need to get away from life’s complexities. The protagonist in this song is doing that by running along a beach, enjoying the beauty of his surroundings. I’ve included some of the lyrics below. Please give the song and the album a listen

This life is so complicated.

These hardships we created.

(Chorus) Running up a hill, but nothing’s gonna get

The wind’s in my hair, cold breath at the start of

The coast stretches out, a line of gold sand