How did I hear about FAWM?

I participate actively on a songwriting website called Muse Songwriters, and one of the members did a post promoting the FAWM website and experience. She commented that a number of people from the Muse website have participated in previous years and that it is good fun. Despite being very busy with work, family, and other writing commitments, I decided to check it out.

What is the basic premise of FAWM?

February Album Writing Month has been running for quite a few years and its objective is to encourage musicians and lyricists to create and post at least 14 songs or lyrics during the month of February. So effectively one every other day, although this year we had the luxury of an additional day due to 2020 being a leap year.

How do you sign up for FAWM and start using it?

I went to the FAWM website, https://fawm.org , and followed the instructions to register on the site. You’ll be asked to create a username and a password, and then there’s a short ‘Artist’s Bio’ section to fill in so that other site users have an idea about who your influences are and what your music-related skills are. All pretty straightforward and quick, and there are no fees to pay. 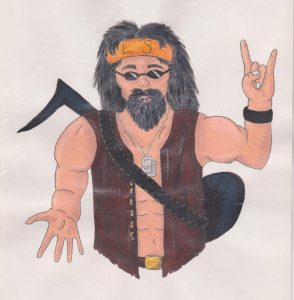 My experience of using FAWM  to boost my songwriting output

I wasn’t sure whether I could write 14 lyrics in February. As some of you will know from my previous post on New Year Resolutions for Songwriting, I like to set myself lyric writing targets. My usual target is to write 6 new lyrics every month, so 14 was quite a big step up, especially when life was very full of other important commitments. The view I took though was that even if it just motivated me to write 7 or 8 lyrics that would still be more than I usually commit to.

I started strongly, posting four lyrics within the first week. Three of them were brand new, whilst the fourth was a lyric I had started working on in 2019 but decided to return to. However, after that encouraging start, my rate of posting new lyrics really slowed down. I only added two more lyrics in weeks 2 and 3, which meant it looked very unlikely that I would hit my target.

I could have given up at that point but I kept working on lyrics. And seeing others on the FAWM site talking about how they had reached their quota or were closing in on it motivated me to dig deep to add more of my own. The finality of the end of February deadline also helped.

My creativity seemed to really kick into fifth gear in the final week and I started delivering lyric after lyric after lyric. I added 5 in the last two days which finally got me over the line with a few hours to spare!

The lyrics I wrote were called:

I also wrote a bonus 15th lyric called ‘Street Fighting Dog’ but decided to keep it back for a lyric writing contest! 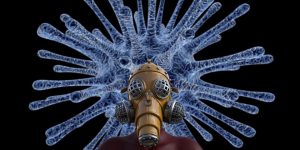 We All Fall Down – an example of one of my lyrics

Here’s an example of one of the new lyrics that I created through my participation on the FAWM website. It was my first response to the ‘Transform a nursery rhyme or folk tune’ themed challenge that took place in week 2. The lyric was influenced by the current scare over the Coronavirus, and I linked that to an infamous story from Edinburgh’s distant past. Gripped in the midst of an awful Plague outbreak in 1645, it has been said that a street called Mary King’s Close was closed off (with all its occupants boarded inside) in a desperate attempt to prevent further spread of the disease!

We All Fall Down

A pocket full of posies

We all fall down

Bring out your dead

Mark the doors on each street

Let’s board the place up

When the gates were shut

There’s a new kid in town

Yeah, you better believe it.

The bodies are piling up

But he’s just whet his appetite,

And we all fall down

It’s on a killin’ spree

Hanging in the air

Let’s board the streets up

When the gates were shut

There’s a new kid in town

Yeah, you better believe it.

The bodies are piling up

But he’s just whet his appetite,

And we all fall down

A pocket full of posies

We all fall down! 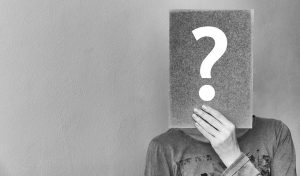 Things I will do differently next year

It was really difficult to get to my total of 14 posted lyrics this year, and the main reason was lack of time. And that shortage of time also meant that I wasn’t able to interact with other FAWM participants as much as I would have liked or should have done.

I would have liked to have been more active in the FAWM Forums, and to have followed more people, listened to more of their songs, commented on more of their lyrics. I also saw some examples where musicians and lyric writers teamed up to create songs, and that would have been very cool to have explored more.

I shall also try to pace myself better so my ability to reach the 14 songs target doesn’t come down to such a frantic last week effort!

How you can participate in February Album Writing Month

Whilst the February Album Writing Month challenge (unsurprisingly) ends at the end of February, you can still register on the site all year around. They also have a Facebook group, https://www.facebook.com/theFAWM/ , that is also active all year round.

You can also bookmark the FAWM website as one of your Favourites, and maybe create a diary reminder note. I’ve also been told that there is a http://fiftyninety.fawmers.org/ website that’s a similar, longer, challenge from July to October, which may be worth checking out!

Good luck if you do decide to participate next year. If you do, then hopefully we can see and comment on each other’s songs and lyrics in February 2020!

Previous Post: Lyric writing for kids. What happens when you get kids to write lyrics?!
Next Post: The 7 albums that most influenced my taste in music (Part 1)