So you want to write song lyrics? 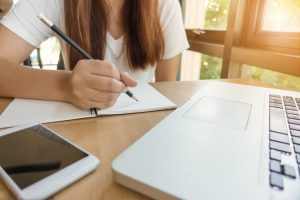 In this Beginner’s guide to writing lyrics series of posts I’m going to outline some tips for getting started with lyric writing.

There must be millions of people around the world who like the idea of writing song lyrics. We listen to our favourite songs and get so much joy and inspiration from them. We marvel at the cleverness of them, their poetry, and how catchy they are. But how do you go from thinking about writing lyrics to actually writing some that you feel proud of and that could become part of an actual song? Well, in this beginner’s guide to writing lyrics, I’ll have a go at outlining some of the steps and techniques that I think will help a would be lyricist to become a fully-fledged songwriter.

Step 1 – jump in and start writing some words

You could start by consuming a book of songwriting theory. However, personally, I don’t think that’s the best way to go. The chances are that your motivation levels will go from sky high to rock bottom in a short space of chapters. Learning the theory of writing lyrics has its place and is important (and I will come back to this later) but in this guide to writing lyrics my recommendation is that you start instead by putting words to paper.

Reasons why you should jump in and start writing

Indeed, I have another post that talks about how to revisit old poems and turn them into songs. The chances are that your early efforts at writing lyrics will end up as somewhere between poems and songs. I used to refer to what I wrote in my early years of writing as ‘pop poems’.

Step 2 – be inspired by your favourite songs 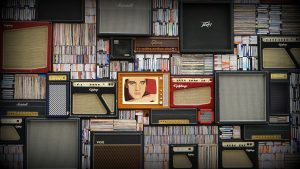 As you’re experimenting with lyrics, it’s worth evaluating the songs and artists that inspired you. What was it about their songs that took you beyond the point of enjoying listening to their music to where you wanted to write your own songs? What style or styles of songs do you feel drawn to? Is it one particular genre or a range of genres?

The point of considering your favourite musical artists isn’t to copy them or emulate them. Or, at least, I don’t think it should be. But it’ll help you think about components of your favourite songs that you might want to write into your lyrics. Are you drawn by big catchy choruses? Or by intricate poetic verses? Are you inspired by story-led lyrics or do you prefer songs that focus on provoking a particular emotion? Maybe you prefer songs that are really straightforward and literal as opposed to ones that employ lots of metaphors?

I’ve probably laboured the point but there’s a reason for this. When you are starting out with writing lyrics I think it’s important that you are clear on what you want to write rather than what you feel a songwriter should write. As an example, artists like Leonard Cohen and Bob Dylan may be held up (rightly) as having been master exponents of lyric writing but it’s equally valid to be a fan of artists and bands that don’t get that critical acclaim but who bring joy to their listeners, including you.

And you’re probably better trying to write in a genre and style that you find interesting as you start out. Play about with whatever themes and ideas come to you and see where that takes you. Don’t worry too much about trying to make everything perfect at the first attempt – what’s more important is that you get down the bones of a potential song lyric. 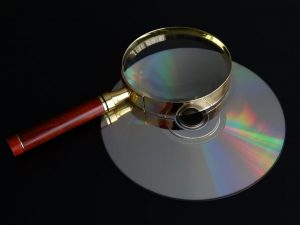 I think it’s important to regard your first completed version of a lyric as a first draft. Whether you’re a beginner writer or an experienced successful songwriter, you’re very unlikely to create a lyric so polished at the first time of asking that it doesn’t need any refinement. In fact, it is especially the most successful, most experienced lyric writers who would probably be most adamant about this point.

With your first draft in hand, your task then is to review the lyric and edit it. When you review it, I would suggest using some or all of these techniques:

I’ll come on to some more advanced skills a little later but I think these initial steps will be valuable in helping you to correct any obvious problems with the lyric and to help you uncover ways in which you could start to improve its impact and singability.

Tips for editing a lyric

Your next step is to edit the lyric. Here are some tips: 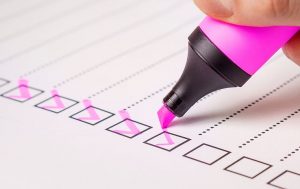 So that’s the end of the first part of my Beginner’s guide to writing lyrics. I’ve covered three initial steps. Step 1 is to jump in and start writing lyrics. Then, Step 2 is to review the lyrics, and I’ve provided some tips around how best to do that. Finally, Step 3 is to start editing your lyric. I’ve called out that editing is a vital part of the writing process and I’ve also provided some tips around things to consider when editing a lyric.

I hope you’ve found it useful. I will provide some further tips In part 2 and will go into more detail. So make sure you check back later. Until then, I hope you have fun writing, reviewing, and editing your lyrics!

Previous Post: Why you shouldn’t just write what you know
Next Post: Sport anthems – Songs and Lyrics about Sport