Writers are often told to write what you know.  This seemingly sage advice is trotted out for a variety of writing genres: novels, short stories, poems, and lyrics. However, I would argue that the write what you know mantra is one that will lead writers, and particularly lyric writers, to get mired in a world of blandness. So, in this post, I will explain how you need to throw away any thoughts that you will just write what you know. Or at least suggest that you take a less literal interpretation of that advice.

Why ‘write what you know’ is advocated so much 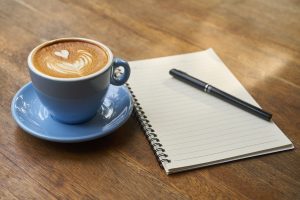 The advice to write what you know is most often chucked towards beginner writers. When we are starting out in any writing path, there is always a steep learning curve. Novel writers need to get to grips with plot, creating characters that have depth, writing from various perspectives (first person narrator, third person, etc) as well as the all important skill of writing engaging impactful dialogue and narrative.

Likewise, a beginner lyric writer also has plenty to occupy their thoughts. What verses, choruses, bridges, intros and outros are. The need for prosody so that the same music can overlay each verse. Maybe also how to turn old poems into songs.

It’s understandable then that beginners might be advised to write what they know. Working with material that’s from a familiar territory may cut down on all the challenging skills that the beginner writer is being asked to juggle.

The idea as well is that writing about what you know will confer the following benefits:

These are all reasonable points. You may find it useful to start with a topic or emotion that you are intimately familiar with. And it may help you to craft song lyrics that possess true authenticity and that are enthused with the passion that you have for a particular aspect of your life.

However, there are some marked downsides to always or mostly sticking to the write what you know approach.

The limitations of the ‘write what you know’ approach 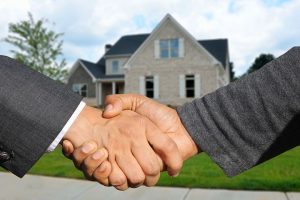 Imagine that you work as an estate agent, or in the life insurance industry. There’s a limit to how many songs you can or should write about your area of expertise. I could be unkind and suggest that limit is about one but maybe you could stretch it to two songs. 🙂 Someone out there is bound to contact me to say that they’ve created a whole musical about processing life insurance claims! However, the point remains what you may not want to just stick to writing about the things that constitute your day to day life.

Writing about what you know isn’t just limited to writing about your occupation or your physical location. It also extends to writing about the emotions that you experience and therefore are knowledgeable about. I’ll return to that point later but sticking to your own area of knowledge or expertise still limits you creatively. Imagine an album filled only with songs from your current mental state of being angry, joyous, sad, or whatever. The chances are that it will come across as too one dimensional and maybe too overbearing.

Why you should write what you don’t know 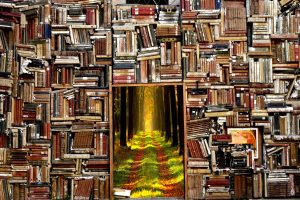 Writing about topics that fall outside our usual sphere of expertise allows the imagination to take over. It’s stimulating and writers who feel freed from the shackles of the mundane are likely to produce more interesting work.

The Internet also means that every writer has a huge research tool right at their fingertips. Writing a song from the perspective of a 19th century explorer? No problems, a quick Google search will reveal lots of articles about real life explorations and the challenges they faced.

We’re also more than capable of using our stored database of memories from TV shows and films to create song characters that leap off the lyric sheet.

Writing about what we don’t know suddenly gives us an endless world of possibilities to explore in terms of the types of songs that we can write.

And a quick trawl through famous hits should reveal that songwriters regularly depart from their real life backgrounds. I vaguely recall an article where Def Leppard were being interviewed after their Hysteria album had propelled them to stardom. They’re from Sheffield, a manufacturing city famous for steelworks and coal mines and were asked why they didn’t write songs that captured the gritty nature of such industries. If I recall correctly, the answer was that when people had finished a hard shift they wanted to escape from that reality and Def Leppard’s songs met that need.

Also, I’m pretty sure David Bowie was never an astronaut. It didn’t stop him from writing about an astronaut’s perspective in ‘Space Oddity’. Likewise, Jon Bon Jovi never worked on the docks and when Metallica wrote their powerful anti war song ‘One’ they weren’t doing so from the perspective of having fought in a war.

Case Study – Waiting for you lyric 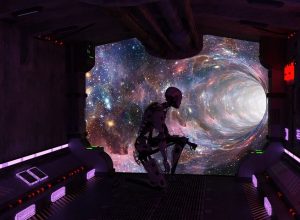 I mentioned David Bowie’s Space Oddity and my lyric ‘Waiting for you’ is probably partly influenced by that great song. The background is that I had a fantastic experience working with talented German musician Markus Lammarsch on ‘Six Foot Six Jimi’ and I noticed that he had posted a lovely piece of music onto the Kompoz music collaboration website. It was something that he had first created many years ago but had never been able to find the right lyrics for. I decided to have a go and one of the first questions I had to answer was what was the story and perspective that I wanted to base the lyric around?

The process that I went through was that I listened to the music many times with a notebook and pen in front of me. I let the music play and let my subconscious pick what it should be about. My mind said that it sounded like a sci fi song … and also a love song. So I put these two themes together. However, I added a twist that the love struck protagonist was a robot, piloting a space ship that was drifting through the outer reaches of space.

Here are a couple of snippets from the lyrics. First, the initial two verses plus a refrain. The refrain with its ‘Just a robot in a can’ has clear parallels with Bowie’s ‘here am I sitting in a tin can’ line but hopefully that’s ok.

Note: the final ‘Waiting for you’ lyrics were a co-write with singer Markus Palsson.

I’ve been spending my days

Thinking of all the things

That we could do.

(Thinking of all the things we could do)

Won’t you show me your face

I will open up my heart to you

I will open my heart

And show my soul.

Just a robot in a can,

I’ll be your greatest fan.

And here’s the bridge section:

A hundred spaceships ventured forth

To re-launch the human dream.

I’ve highlighted this lyric and song because I had to venture quite far from what would be considered my ‘write what you know’ home territory. I was writing about a non-human protagonist who is in outer space and the writing employed a music first approach which was outside the normal parameters of my lyric writing.

I enjoyed putting myself into that setting and going on that trip of the imagination!

We can add our knowledge and experience of emotions 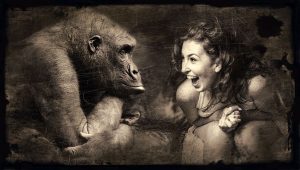 And the great thing is that you can use your imagination here too – taking some emotions that come directly from your life and then melding them with emotions or experiences that you may not have had but have observed. This process allows the lyric writer to be a compelling story teller rather than someone who is just trying to write an autobiography.

I hope you have found this post interesting. I guess it could be considered contentious to advise people not to write what they know but I’d be keen to get your thoughts. And it would be great to hear stories of your efforts to move beyond things you are innately familiar with – were those efforts successful?