In my first blog post I talked about how I initially got into writing lyrics – that wow factor of hearing music that made me fall in love with the rock star ideal – and how I then proceeded to try my hand at writing rock masterpieces only to find, with hindsight, that they were anything but.

I mentioned that I kept persevering and I suggested that writing bad lyrics is an important part in most songwriter’s evolution towards hopefully then producing quality lyrics and songs.

And I finished the first post by commenting that I had become a prolific sock drawer lyricist, by which I meant that I was writing lyrics but then just stuffing them away in drawers or into folders.

So let’s pick up the story from there … 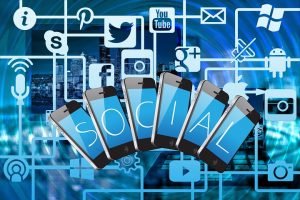 It might be contentious but my view is that the invention and subsequent uptake of the Internet is by far the greatest development of my lifetime. It has completely changed our lives. Christmas shopping done entirely from your home, in your pajamas if you so wish. Pretty much all of your banking needs done with a few taps on a keyboard. The answer to almost any question immediately at your fingertips via a Google search. Getting in touch with long lost acquaintances on social media websites and discovering what they had for breakfast or their annoyance at trains running late. J

Of course, it has its dark sides. Internet fraud, cyber bullying, Trump’s tweets threatening to start World War Three! However, as long as we’re not all blown to smithereens in a nuclear holocaust, then I’d say the positives outweigh the negatives …

If you’re undecided, then here’s a list of ‘The Best websites on the Internet‘ that might help you reach a conclusion.

And for lyricists it can be a real game changer. Suddenly, there is an opportunity to put your precious words in front of others even if you don’t have a circle of friends that happens to include musicians or fellow songwriters. Which brings me to the first of two websites that transformed my view of what was possible with my lyric writing.

In May 2016 I did a Google search to try to find websites where I could post my lyrics. I had been writing quite a lot of new lyrics and I think had got to the stage where I felt that it was better to get my lyrics out into the world even if it was just to get some feedback on them. Part of me was worried that others could just take them and use them without my permission but I think the more logical part of me won over, arguing that if I wasn’t prepared to put my lyrics out there then all that would happen would be that they would gather dust.

My web search resulted in me visiting a website called www.musesongwriters.com and I discovered that it was a website where lyric writers and musicians come together to give feedback on each other’s lyrics and songs.

Not long before this, the music world had been rocked (on the 21st of April) by the death of Prince, a legendary and immensely talented pop god. Although not a diehard fan, I had Prince albums amongst my record collection and was very saddened and shocked to hear of his untimely demise. As the days and weeks afterwards unfolded, it was alleged that Prince was a chronic abuser of prescribed medicinal drugs and it was being speculated that a drugs overdose was the cause of his death.

I ended up writing a lyric called ‘Just another junkie’ which although it didn’t explicitly reference his Purpleness was nevertheless about his death and how needless it was if it was indeed drugs-related. Here’s a snippet of it:

strung out of his head,

to draw out life’s thread.

we all bleed out red.

To be honest, I don’t think it’s the greatest lyric I’ve ever written but it has its place in history as the first lyric that I posted on the Muse site. I got a response on it and then plucked up the courage to submit some more lyrics.

And, to return the favour, I started reading other writers’ lyrics and offering my thoughts and suggestions on them. This in itself is a really useful exercise. Being divorced from the creation of the lyric gives objectivity and you’ll develop your own writing skills whilst helping others. In sport, they say that the best way to get better is to play against people who are better than you and the same holds true, I think, with songwriting. If you can find some really good writers who have posted lyrics, then dissect what it is that makes them good and try to incorporate those elements (without copying their style) in future lyrics that you write.

I’ll probably do a standalone post on the pros and cons of the Muse’s website but suffice to say that it provided me with a way to start to get feedback on my lyrics. Some of the feedback was really useful and insightful, some was not. But I started to be able to sift between the good and the bad and use the former to improve my lyrics.

Getting a lyric turned into a song?!

The other big benefit of joining such a site is the interactions that you can start to have with fellow writers. There was one writer in particular who’s work I had taken an interest in. He seemed quite similar to me, in so far as he was a lyric writer only, not a musician, was from the UK and of similar age. And I noticed that he mentioned that he was working on getting a lyric turned into a song on another website. WHAM! What was that?! Getting a lyric turned into a song? By actual musicians? Another site?

The other site was not mentioned and I wasn’t sure whether Liam would divulge the details but I decided to chance my arm and send him a message, asking what site it was. Thankfully, he was happy to supply the details and I will ever be indebted to him for enabling me to take my passion/hobby onto a new level!

I’ll reveal the name of that music collaboration website in my next post so please check back to get that next instalment!